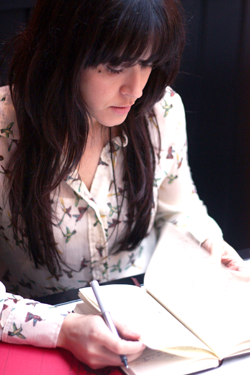 Many of my friends think that living and working abroad is a dream. It lets you immerse yourself in a foreign language and makes learning about your secondary language’s culture easier. All of that is true. There is, however, a flip side to that coin that you should avoid at all costs, despite how difficult that might be to do. As human beings, our brains are constantly learning and, like every good tool, if you don’t use and sharpen it, it starts to rust (so to speak). Put another way, if you don’t use what you’ve learned and continue building on that knowledge, you will forget it.

Years ago, I would have told you that this is all nonsense, of course. Honestly. I thought that once you learned something, it was engraved in your brain somehow. Like riding a bike. But what happens when you don’t get on a bike for an extremely long time? You may start off lumbering through the motions until, after some practice, you retrain your brain and ride like a pro again. Well, it’s the same with language, including native language. That’s right. You can lose the language you’ve learned from infancy, the one most of us dream in (we can sometimes dream in languages we’re learning or ones we hear frequently), the one in which we express our deepest love and most intense frustrations. You can lose it, slowly but surely.

I first experienced this after I moved to London from Spain, where I was born. After living in London for a while, I returned to visit my hometown. I remember sitting down to have a leisurely chat with my father when, suddenly, I completely blanked on the Spanish word for “screen” (as in, a window screen). I remember looking at the window, seeing the screen and thinking, “How do you say that?” Eventually, my father realized what I was trying to say and blurted out “mosquitera!” as if he were the sole contestant on my new offline game show “Brain Fart.”

Uh, nope. I couldn’t. I mean, in London, I just don’t remember seeing any. Not one! And because I didn’t interact with them, the word fell into disuse. So I realized that the old saying, “use it or lose it” holds very true for language. Of course, “screen” is now a word that I don’t think I’ll ever forget, specifically because of that experience. But it taught me that I have to make more of an effort to keep language alive. Since then, I’ve created a regiment that’s served me well, even after moving to the US. I listen to Spanish radio, be that music or talk. I read books and online news articles in Spanish. And every so often I watch Spanish TV on the Internet. I should also add that I am lucky enough to be able to speak Spanish at home. Now, while all of this may seem like a bit of overkill, remember that the rest of my world is entirely Anglophone (it’s true that there’s a large Spanish-speaking population in New York but most of my friends speak English) so I welcome all of the Spanish content I can get.

4 thoughts on “How to Work as a Translator, Live Abroad, and Not Lose Yourself in the Process”

This website uses cookies to improve your experience while you navigate through the website. Out of these, the cookies that are categorized as necessary are stored on your browser as they are essential for the working of basic functionalities of the website. We also use third-party cookies that help us analyze and understand how you use this website. These cookies will be stored in your browser only with your consent. You also have the option to opt-out of these cookies. But opting out of some of these cookies may affect your browsing experience.
Necessary Always Enabled

Any cookies that may not be particularly necessary for the website to function and is used specifically to collect user personal data via analytics, ads, other embedded contents are termed as non-necessary cookies. It is mandatory to procure user consent prior to running these cookies on your website.